Another game way outside my normal genre. Right off the bad it reminds me of Eternal Darkness for the game cube, but more exploration and puzzle solving. There isn’t really any combat to speak of, not that I really tried. 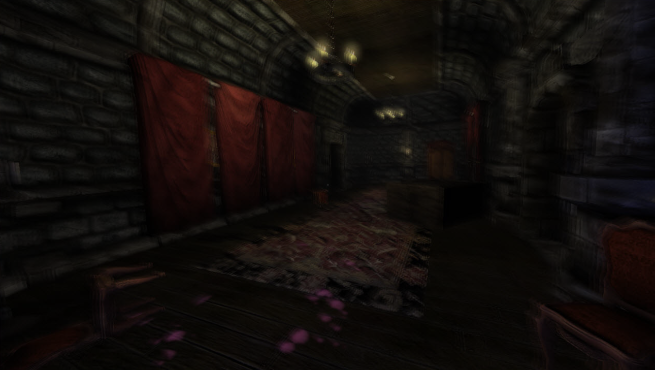 It has some sanity effect like screen blur that gave some of my screenshots a rather eerie appearance, which lends itself well to the atmosphere during play. You can also pick up, move, and throw many objects in the game. You have to manually open and close drawers, for example, as well as doors. So. Many. Doors. 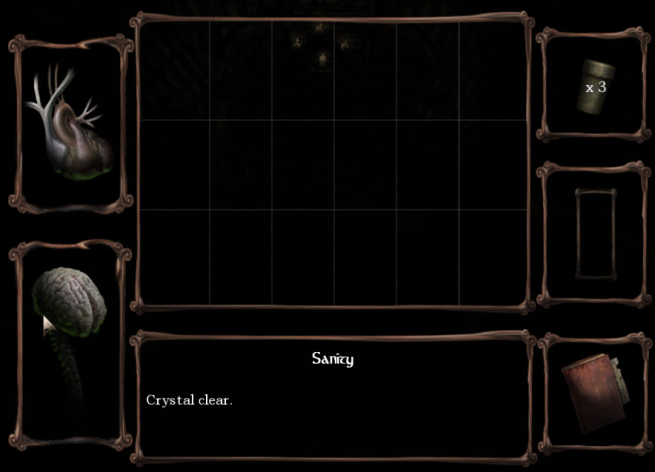 There’s no onscreen indicator of sanity or health status, though sanity has a lot of visual and audio queues that give you a general idea of where you’re at. You can also hover over it in the inventory. Sanity is lost any time you see strange things happening or when spending time in darkness.  It seems to recover somewhat when you’re standing in light and/or holding the lantern, but the intensity of the light seems to have an impact. The lantern by itself is sometimes enough, but not always.

The “main story” so to speak is delivered through a series of voice acted diary entries that you may, or may not, find as you explore various areas of the game. On the whole finding the items you need to progress is harder than finding the diary entries.

On the whole I’d say the whole game has a very Lovecraftian eel to it. There’s a lot of ancient things that should have been tampered with and forces so far and above mortal comprehension as to render people insane. 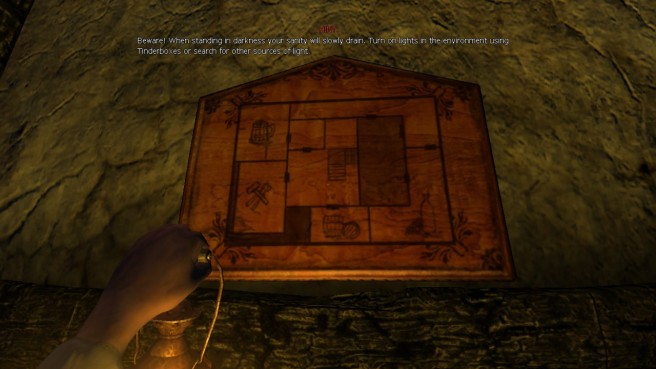 Every now and then the game does, however, throw you a bone and give you a map. They vary in usefulness because you’re typically going to need to explore everywhere anyway, but sometimes it’s good to know how to navigate or find a room you may have missed.

The instructions for getting the elevator running sound so simple. I got it done eventually, but it required a lot of back and forth as I realized I’d missed something or overlooked something. I did eventually get past it.

All in all I rather enjoyed the game. I spent more time with it than I have with some of the other titles I’ve gone over because I kinda wanted to know how things wrap up. I like the Lovecraftian cosmic horror kind of stuff.